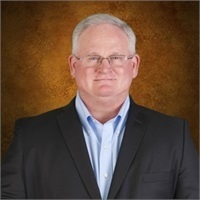 As a fiduciary, Keith lives his values: hard work, discipline, and doing what is right by the client. Keith joined Lake Advisory Group in 2009 and liked it so much he bought it in 2015. Prior to joining Lake Advisory Group Keith was a Financial Advisor with Merrill Lynch and MetLife. Keith earned his MBA in Finance from St. Martin’s College and his B.S. in Management from Park College. Keith holds a Series 65 professional registration and holds licenses in life, health insurance and annuities in the State of Florida.

Keith also served in the United States Army as the Operations Sergeant Major at both Ft. Riley, KS and Ft. Lewis, WA. He retired from the US Army in 1999 after over 20 years of service.

Keith is married to his high school sweetheart, Kathy. Their son Josh is Vice President of Operations for the firm and their youngest son, Jeremiah, serves in the United States Army, following in his father’s footsteps. Away from the office, Keith enjoys gardening and golfing. He and Kathy have one precious grandson Riley.

"It's only when the tide goes out that you learn who has been swimming naked."

Schedule a meeting with Keith: https://calendly.com/lakeadvisorygroup